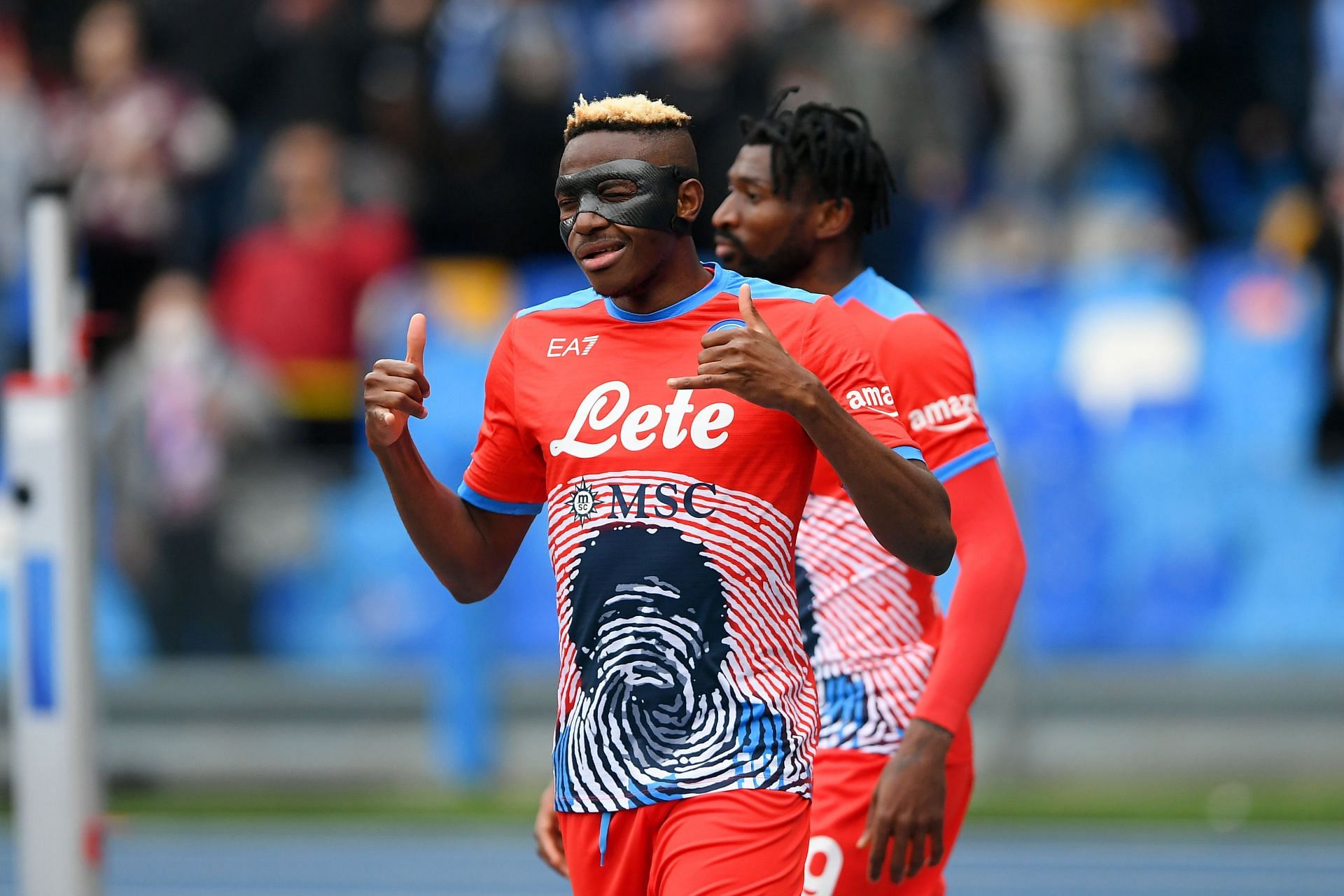 Arsenal failed to secure fourth place in the Premier League this season. Manager Mikel Arteta’s wards finished fifth in the league after two defeats in their last three games.

Meanwhile, acclaimed transfer expert Fabrizio Romano has said that the Gunners are not in talks to sign a Napoli forward. Elsewhere, Kevin Campbell has tipped the north London side to prioritise a move for a Leicester City midfielder over Ruben Neves.

However, in his column for Caught Offside, Romano said that the Serie A giants are determined to keep the player for at least another year.

“As of today, I am not aware of an advanced negotiation for Victor Osimhen to Arsenal. Napoli have no intention to negotiate for less than €100million for the Nigerian striker, and so far there is no proposal on the table, sources close to the club guarantee,” wrote Romano.

“Napoli are always tough negotiators in the transfer market, and their mission will be to try to keep Osimhen for another season. Personally, I’m not even convinced he is as much of a target for Arsenal as other reports would have you believe.”

Romano added that Gabriel Jesus is the preferred target for Mikel Arteta, saying:

“For now, the Gunners are waiting for answers from Gabriel Jesus after positive talks with his agent. The Brazilian is the priority target for Mikel Arteta, but also interests other clubs. We can expect a final decision to come soon, and Manchester City are asking for a €50-60m fee for Gabriel.”

Speaking to Football Insider, Campbell said that Tielemans would be a better fit at the Emirates.

“We need both. We need extra competition in midfield, and we need goals from midfield. Tielemans can score goals. He creates and scores goals. He can hit them from 25 yards or get in the box and be dangerous,” said Campbell.

“I think Arsenal have a lot of needs and requirements. I would both of them, but if I had to choose one, I think Tielemans is the one Arsenal will prioritise. Goals from midfield would be massive for us. It would be key. He would score double figures every season if he was at Arsenal. An extra ten goals makes a big difference.”

“It’s Tottenham all day for me; they are the club who finished the season stronger. The only thing is Harry Kane. He will always be the main man at Spurs, and Arsenal probably won’t have any strikers in a few weeks. That being said, if it was me, I’d be choosing the team in the Champions League.”