The Dallas Cowboys selected Tulsa O-lineman Tyler Smith with the 24th overall pick in the 2022 NFL Draft. Now apart from the pressures of being a Cowboys player, the rookie will also be tasked with replacing the legendary Larry Allen.

Whether or not Smith is the rightful heir to Allen remains to be seen. But one thing is for sure, he surely knows his way with the media. While being introduced to the media for the first time as a Dallas player, Smith delivered a rather interesting take:

#Cowboys first-round OT Tyler Smith just dropped a doozy of a quote when asked if he pays attention to what people write about him.

#Cowboys first-round OT Tyler Smith just dropped a doozy of a quote when asked if he pays attention to what people write about him.Mike McCarthy’s face 😂😂https://t.co/ZJJHgBim5M

The player was asked about how he feels about his critics, especially those in the media. Though still a rookie, the O-lineman had a rather strong take on the matter:

“I try to stay away from the media. I feel like everybody has an opinion. Just like bu**holes. Everyone has one.”

The surprise was visible on head coach Mike McCarthy’s face, who certainly wasn’t expecting his player to respond that way. In the end, though, it was all taken as a joke and nothing else was made of the matter.

Raised in Fort Worth, Texas, Tyler Smith stands just under 6-foot-5 and weighs 324 pounds. The player has a lot going for him. The Cowboys management has so much trust in the player that they decided to give him franchise legend Larry Allen’s No. 73.

“Thank you for bringing me home.”

Here is behind-the-scenes footage of Fort Worth native Tyler Smith receiving the call Thursday that he is a Dallas Cowboy. Courtesy of Vanguard Sports and the Smith family.

“Thank you for bringing me home.”Here is behind-the-scenes footage of Fort Worth native Tyler Smith receiving the call Thursday that he is a Dallas Cowboy. Courtesy of Vanguard Sports and the Smith family. https://t.co/JcXgBrl9yt

Smith, though, will move from offensive tackle to left guard beside All-Pro left tackle Tyron Smith. A task the franchise believes he’ll be up for. The Cowboys have drafted plenty of first-round O-linemen in the past. This list includes the likes of Tyron Smith (2011), Travis Frederick (2013), and Zack Martin (2014). 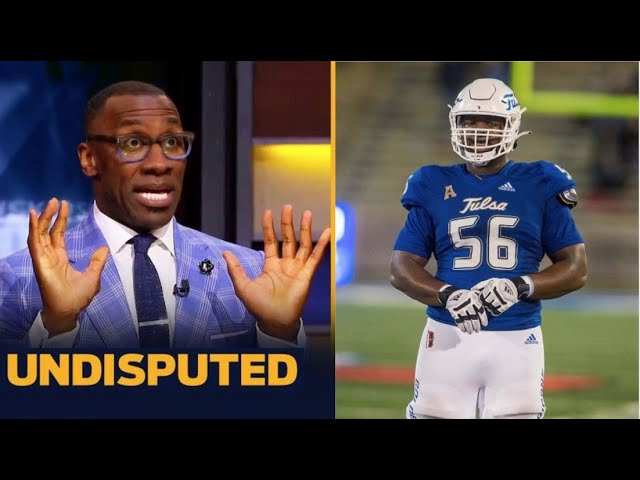 Smith has battled hard to get to where he is today. Early on, he had to question himself whether or not he even had a future in football. This was, of course, due to his battle with a condition that deforms the lower legs.

“I was born with Blount’s disease. I was bow-legged, more bow-legged in my left than my right. I had a procedure done in high school, my junior year before my senior year. I had to fight back from it, for sure. Early adversity.”

Now fully recovered with All-American honors, the offensive lineman will be looking to live up to the lofty ambitions attached to his name.