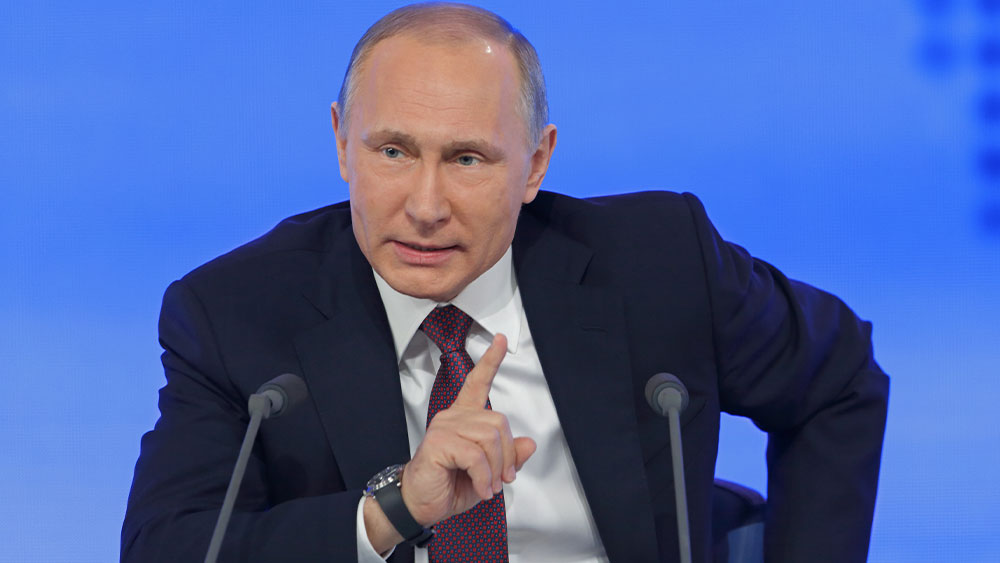 Russia continues to lose troops and equipment, but is pounding major cities with artillery and bombs, raising Ukrainian civilian casualties. The U.S. is working on ways to get more fighter jets to Ukraine.

While the market rally attempt is still ongoing, the major indexes are starting to tumble toward their Feb. 24 lows. That could mark the third leg of a market correction going back to early January or late November. In addition to the ongoing Russia-Ukraine crisis, the consumer price index this week will offer the latest inflation reading just days before the Federal Reserve meets to begin raising interest rates.

AVGO stock and the others listed here are all trading near their 50-day lines, close to possible early entries while working on proper bases. Broadcom and COST stock moved Friday after earnings Thursday night. The relative strength lines for REGN stock and the others here are at or near consolidation or long-term highs. That’s a reflection of their outperformance vs. the S&P 500 index and an especially bullish signal for stocks still in bases.

Just because these stocks are holding up reasonably well right now, that may not continue, especially if the market heads back or below recent lows.

Nvidia stock, which at various times in the past few months had hinted at possible moves, tumbled below its 200-day line on Friday. It’s still above its January and February lows. Advanced Micro Devices (AMD) and Microsoft stock undercut that long-term level on Thursday and lost more ground Friday. Google stock, which hit resistance at the 200-day line this week, is turning south.

Vertex was Friday’s IBD Stock Of The Day.

The video embedded in the article reviews another volatile market week and analyzes Vertex, Costco and AVGO stock.

Defense Spending Set To Jump; What That Means For Arms Makers

Russia’s Ukraine invasion continues to struggle in the north, with the capital Kyiv still holding out. Russia has seized a lot of territory in southeast Ukraine, but suffered a repulse in the southwest.

Thursday night’s shelling of Europe’s largest nuclear power plant, which sparked a fire in a nearby building, signaled the risks from Putin’s Ukraine invasion.

Some cease-fires quickly broke down Saturday with Ukraine accusing Russia of shelling cities as civilians tried to evacuate.

Putin claimed Saturday that Ukraine’s air defenses and military infrastructure are almost completely destroyed. Western officials have said that is not the case, with strong evidence that Ukraine’s forces took down several Russian aircraft in just the past 24 hours.

The U.S. is considering a deal in which it would send F-16 fighter jets to Poland, which would then give Soviet-era fighters jets to Ukraine, the Wall Street Journal reported. Ukrainian pilots are familiar with such fighter jets. Any such deal would require congressional approval.

Zelenskyy called for the card giants to suspend all Russian operations in Saturday’s call with U.S. members of Congress.

Remember that overnight action in Dow futures and elsewhere doesn’t necessarily translate into actual trading in the next regular stock market session.

U.S. crude oil prices surged 26% to $115.68 a barrel last week, a 13-year high. There’s a growing push for the U.S. to ban Russian crude imports, which are relatively small. Still, it comes as Russia struggles to export crude, even with huge discounts. Europe still relies heavily on Russian natural gas.

An new Iran nuclear deal would open the door to a big increase in Iranian crude exports. But Russia wants big exemptions from Western-related sanctions over its Ukraine invasion as part of any Iran accord. So, Iran talks are expected to continue this week.

Broadcom earnings and sales topped views late Thursday, with growth slightly picking up from the prior quarter. The chipmaker also guided for faster revenue growth in the current quarter.

AVGO stock has a price-to-earnings ratio of 19, much lower than Nvidia or AMD stock. But with the Nasdaq and chip plays struggling, Broadcom likely needs some market help to make a significant move.

VRTX stock popped 3.6% to 238.66 last week, rebounding from its 50-day and 10-week lines for the first time in its recent runs. Friday’s move came on above-average volume, so it’s actionable. Also Vertex now has a flat base with a buy point of 255.03, according to a weekly MarketSmith chart. The RS line for VRTX stock is at a 52-week high.

REGN stock, after several days trading between the 50-day and 200-day lines, rose 1.5% to 620.41 on Friday, closing above the 50-day. Regeneron stock has a 673.96 buy point from a flat base within, or next to, a larger consolidation. Investors could use 645.10, just above the Feb. 11 high, as an early entry. A downward-sloping trendline from the December high offers an aggressive entry near 635.

Medical stocks such as Vertex and Regeneron may be quasi-safe havens, with health care spending relatively insulated from economic swings and international crises.

The RS line is already at record highs.

Costco earnings rose 15% in the latest quarter, with sales up 16%, both beating views.

The RS line for FTNT stock is at highs.

The stock market rally attempt is still ongoing, but closed out the week in disappointing fashion. After hitting their 21-day exponential moving averages at Thursday’s open, the major indexes retreated significantly.

The market rally attempt could still stage a follow-through day at any time. But there’s no guarantee that even a confirmed uptrend will work. Investors also have to consider the risks that the major indexes will break below their recent lows, beginning a new leg down for the market correction. Big market corrections or bear markets often have a third leg, such as the 2018 bear.

Defense, mining, steel, fertilizer and energy stocks are thriving but so many are greatly extended. Meanwhile, the broad market is struggling. Travel stocks and financials, which had been looking OK, are breaking down.

Aggressive growth, which was only starting to get back up, suffered huge losses late last week.

What To Do Now

The stock market rally attempt looks increasingly feeble. A few sectors are doing well, but many of those names are greatly extended. These areas of strength could be vulnerable if conditions change and fuel a broader market rebound.

Don’t get sucked in by short-lived gains in a bad market. The Nasdaq composite has had four 2%-plus gains since the Jan. 28 low, three of which were more than 3%. But the Nasdaq has trended lower over that time, especially since Feb. 9.

Cash has been a great position, and may continue to be for an extended period. If you’re going to play this market, stick to strong sectors. Consider short-term goals, such as selling all or at least some of a position if you have a 10% gain.

Keep working on your watchlists. AVGO stock, Vertex and more are setting up or flashing buy signals. Perhaps they’ll be leaders in a new uptrend. Or perhaps, like Nvidia stock and Google stock, they’ll tease entries in a tough environment and then fade.

So don’t anticipate buy signals or a confirmed market uptrend. Just be ready to act when the time is right.

Read The Big Picture every day to stay in sync with the market direction and leading stocks and sectors.

How To Spot Stock Market Tops

Tesla Vs. BYD: Which Booming EV Giant Is The Better Buy?

These 5 Stocks Look Healthy In A Weak Market