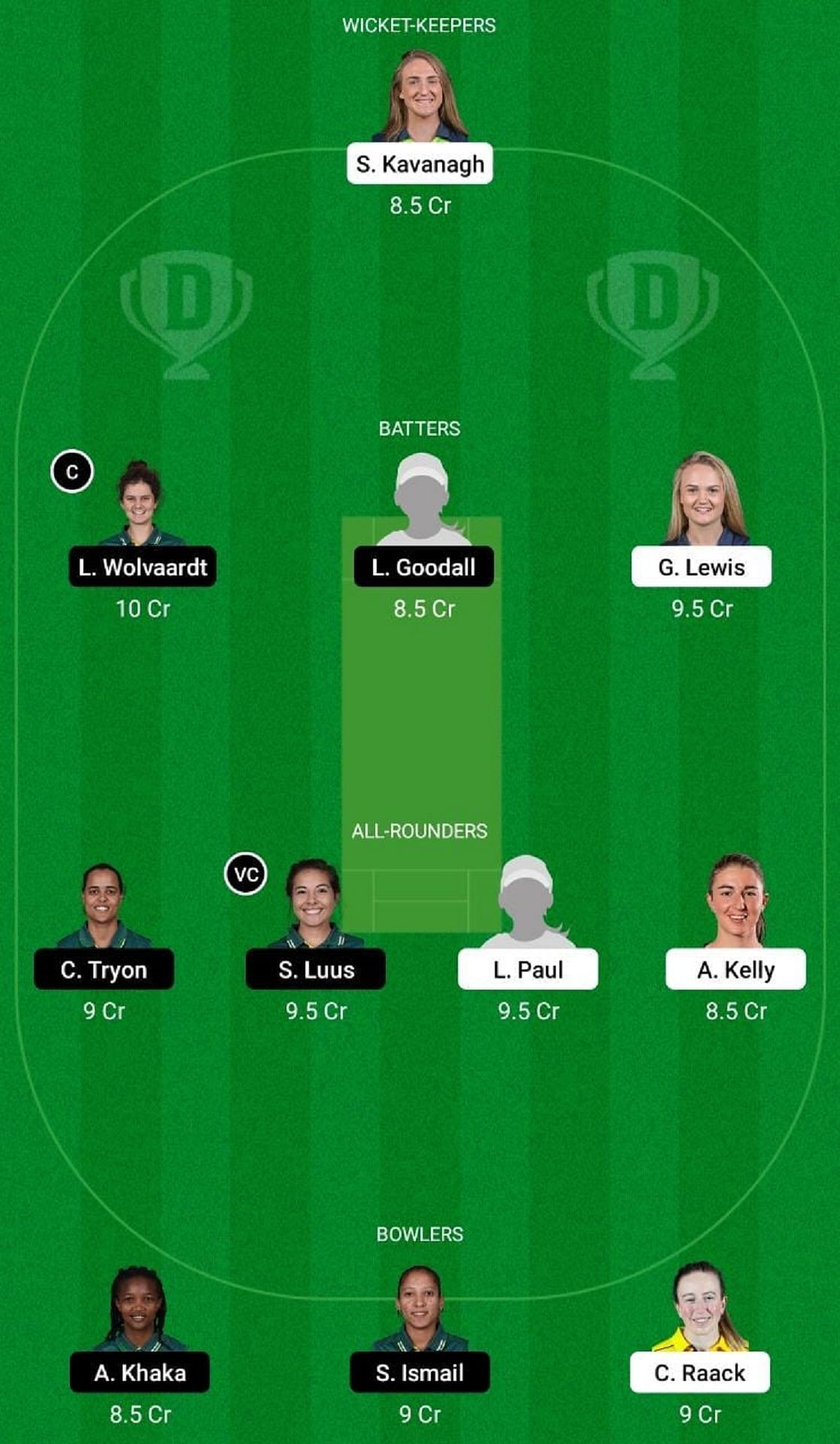 Ireland Women will be playing an international match for the first time since November 2021. They took part in the Women’s World Cup qualifiers but failed to make their way past the group stage. Ireland Women won once and lost once while another game got abandoned during their Group A campaign. They are currently placed 12th in the Women’s T20I rankings.

South Africa Women, on the other hand, qualified for the semi-finals of the Women’s World Cup where they lost to England Women by 137 runs. They have been an extremely consistent side and are ranked fifth in the ICC Women’s T20I rankings. South Africa Women have also won four of the last five matches between the two sides.

The track is good for batting and plenty of runs will be on offer on this wicket. Both sides would love to chase at this venue after winning the toss.

Shauna Kavanagh will be a great choice for the wicketkeeper slot for your Dream11 fantasy team. She has scored 288 runs in 49 T20I matches at a strike rate of 82.99.

Young Gaby Lewis is a wonderful cricketer who will be hoping to leave her mark here. In 48 T20Is, she has amassed 995 runs at a strike rate of over 111 and has also taken three wickets.

Laura Wolvaardt is in the form of her life and was the best player for South Africa Women in the recently held Women’s World Cup. Wolvaardt has scored 588 runs in 33 matches at a strike rate of 114.61. She will be the best captaincy pick for your IR-W vs SA-W Dream11 fantasy team.

Sune Luus is a brilliant all-rounder who can change the course of a game almost single-handedly. Having played 83 T20Is, she has scored 866 runs at a strike rate of over 104 and has also picked up 47 wickets.

Shabnim Ismail also had a phenomenal World Cup campaign where she was in great form and troubled opposition batters. She has scalped 110 wickets in 98 T20Is and has also added 175 runs with the bat.