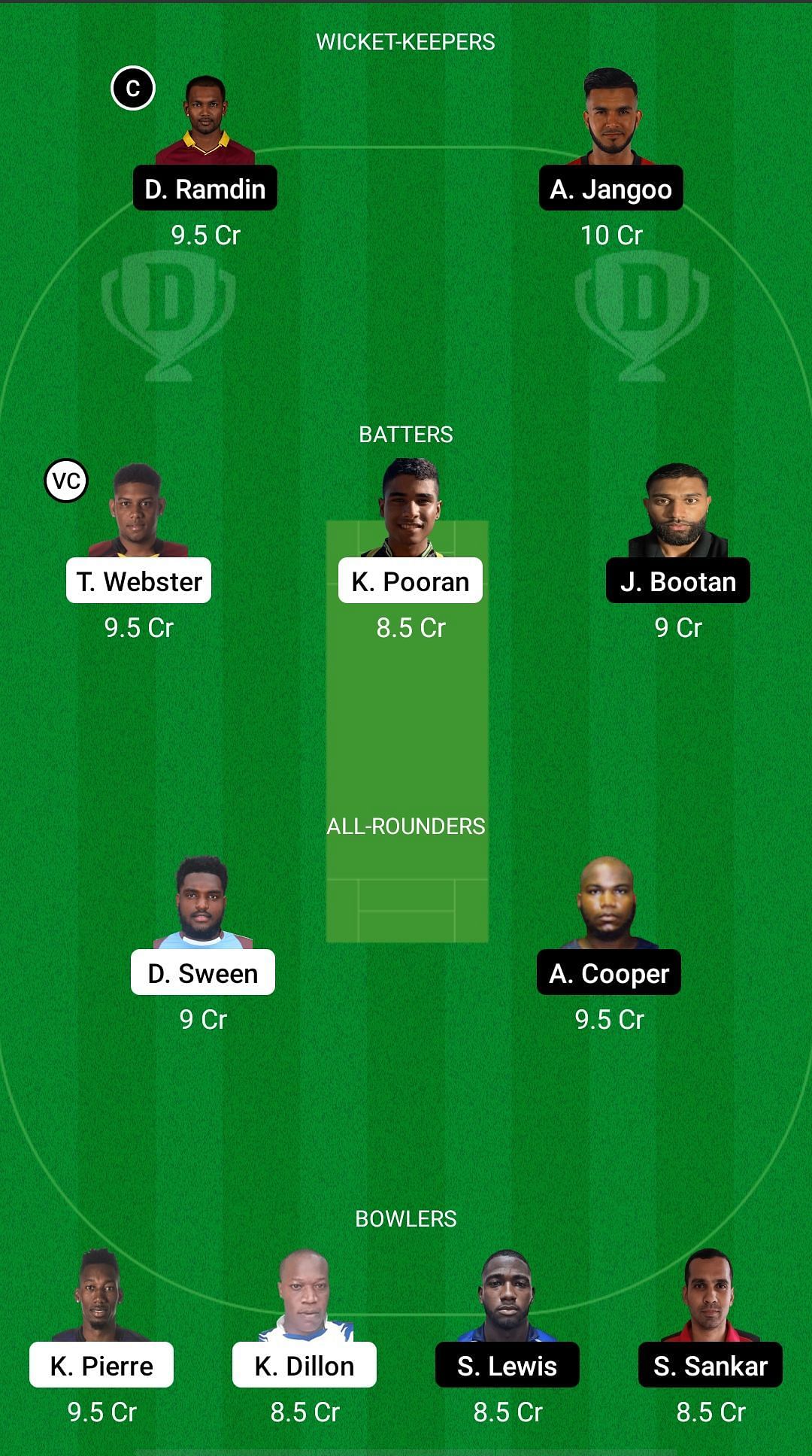 Scarlet Ibis Scorchers will take on the Cocrico Cavaliers in the Bronze Final of the Trinidad T10 Blast at the Brian Lara Stadium in Tarouba on Friday.

Scarlet Ibis Scorchers finished the league stage at the top of the points table, having won six out of their ten matches. However, they lost to the Blue Devils by four wickets in the first semi-final.

The Cocrico Cavaliers, on the other hand, finished the league stage just below their opponents, having won four out of their ten matches. They lost the second semi-final against the Leatherback Giants by seven wickets.

The pitch at the Brian Lara Stadium has been in favor of the batters in the last couple of matches. Meanwhile, the pacers have also managed to get some movement with the new ball in hand.

Chasing should be the preferred option, with the average first-innings score in the last two games played at the venue being 99 runs.

Amir Jangoo: Jangoo has been in brilliant form with the bat so far this season. He has scored 302 runs, including his highest score of 60 runs in 11 matches.

Tion Webster: Webster has scored 173 runs and also picked up four wickets in 11 matches. He is currently the leading run-scorer for his side and could also play a big knock in this upcoming match.

Jesse Bootan: Bootan is a hard-hitting batter who can score some quick-fire runs for his team in this upcoming match. In the 11 matches he has played this season, he has scored 135 runs.

Dexter Sween: Sween is a top-quality all-rounder who can single-handedly win games for his side. He has scored 75 runs and also picked up seven wickets in his 11 outings.

Adrian Cooper: Cooper can provide you with some valuable points with both the bat and ball on Friday. He has scored 69 runs and also picked up three wickets in nine matches.

Sharon Lewis: Lewis is a genuine wicket-taker who can provide regular breakthroughs. He has picked up seven wickets, including his best figures of 2-1 in 11 matches.

Kieshawn Dillon: Dillon has bowled pretty well in this ongoing season, picking up seven wickets in 10 matches. He is a quality bowler who can be a good budget pick for your fantasy team.