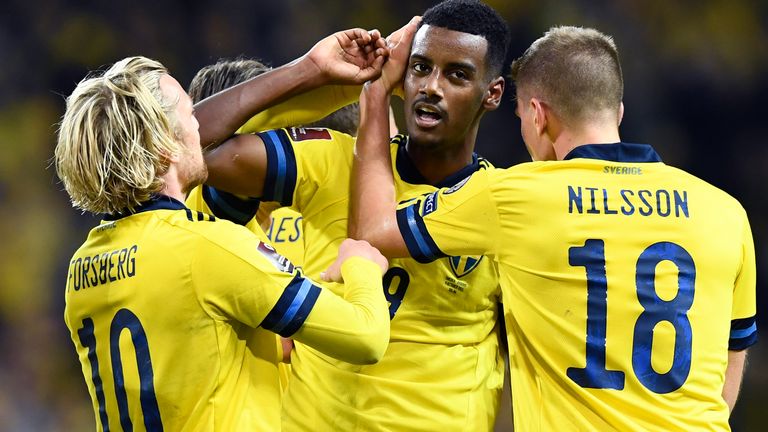 Newcastle United’s hierarchy have unanimously agreed that Alexander Isak would be an ideal signing to boost their attack but would need to spend almost their entire remaining transfer budget to sign the Sweden international.

Chelsea have made a move to sign Kalidou Koulibaly and could still try to add Presnel Kimpbembe to Thomas Tuchel’s defensive options.

A number of players face being forced into coronavirus quarantine upon arrival at this year’s World Cup over their refusal to get vaccinated against the disease.

Steve Cooper is close to making his seventh summer signing at Nottingham Forest with the £10m capture of Lewis O’Brien, the Huddersfield midfielder.

Chelsea star Jorginho has cast doubt over his future, despite expressing his love for the club.

Antonio Conte hinted Tottenham are ready to carry on spending as they bid to fight on four fronts this season.

Arsenal and Manchester United are reportedly interested in a transfer for Kyle Walker-Peters.

Raphinha is close to getting the move he wanted from Leeds to Barcelona after the Catalan club submitted a €58m (£49m) offer that could rise to €68m with add-ons.

Raheem Sterling is jetting out to join his new Chelsea team-mates as Thomas Tuchel steps up his bid to land Kalidou Koulibaly.

Jose Mourinho has admitted that he is “a bit frustrated” with Roma’s lack of activity in the summer transfer window.

New Rangers signing Rabbi Matondo has revealed Aaron Ramsey and Jermain Defoe were among the big names who sold him on moving to Ibrox.

Lucas Paqueta has yet to hold any negotiations with Arsenal but would be open to a Premier League switch.

Motherwell have offered a new deal to Kevin van Veen to stave off interest from Holland.