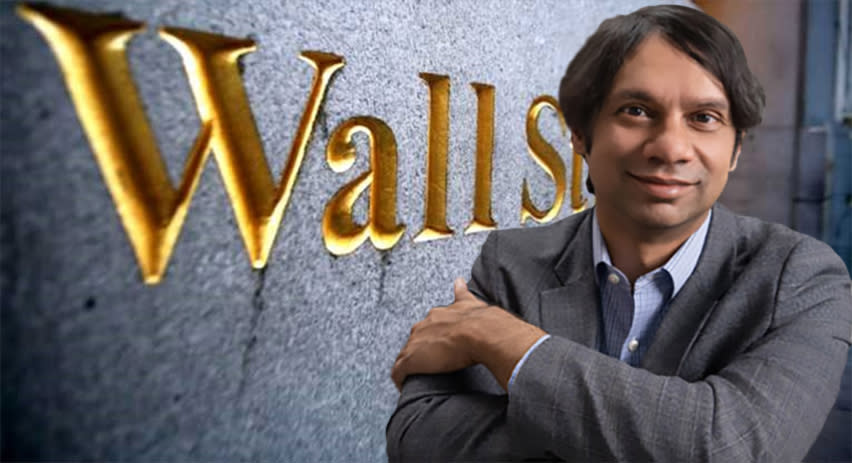 We saw large market declines as 2022 got started – but the real story was the increase in volatility. Especially at the beginning of February, when the market losses leveled off, daily trading was characterized by strong swings up and down. It’s a situation that puts a burden on investors, to recognize the right time to buy in for optimal profits.

The key is not to try and ‘time’ it on daily trading, but to look at longer trends and future predictors. One place to find indicators toward a stock’s near- to mid-term performance is in the buying history of its insiders. These are the corporate officers who steer their companies and know the day-to-day workings of the firms. This knowledge puts them on an inside track when it comes to trading their own company’s stocks – but market regulators require them to publish these trades as a way to level the field. Retail investors can watch those published insider moves; they bring a sometimes-insightful data point to the trading table.

Investors can look to these moves, using TipRanks’ Insiders Hot Stocks tool. We’ve used that tool to do just that, find a couple of stocks whose price has dropped over the past year – and that drop has coincided with some ‘informative buy’ insider trades. Let’s take a closer look.

Rocket has multiple catalysts coming up this year, on all four of these research tracks. The most advanced program, for LAD-I, recently completed a 9-patient Phase 1/2 clinical trial. The drug candidate showed a favorable safety profile in the trial, along with some initial clinical benefit to patients. LAD-I is a dangerous pediatric disease, in which infant children are unable to fend off infection; it is currently treatable through bone marrow transplants. Rocket’s RP-L201 drug candidate aims to correct the affected gene in white blood cells. In Q2 of this year, Rocket will be reporting top line data from the pivotal Phase 2 part of the trial.

The company will also be reporting top line pivotal Phase 2 data on its clinical trial of RP-L102 for Fanconi Anemia. This data will be reported in 3Q22. Fanconi Anemia is another pediatric condition, in which a defective FANCA gene may lead to bone marrow failure or blood cancers. The RP-L102 gene therapy product has shown potential as a preventative measure if given early in the patient’s life

Finally, in the second half of this year, Rocket will be reporting results from its Phase 1 trial of RP-A501, a gene therapy for Danon disease. This condition causes dysfunction in heart, skeletal muscle, and brain cells and is caused by a mutation in the LAMP2B gene. The Phase 1 data is slated for release in 3Q22, and the company expects to follow up in 4Q22 with initiation of a Phase 2 pivotal study.

The company has plenty of ‘shots on goal’ in its research program, and plenty of catalysts ahead, with potential to positively impact the share price. Nevertheless, Rocket’s shares are down 69% in the past 12 months.

But it would seem that one insider is willing to buy the shares on the cheap. In recent days, Rocket’s CEO Gaurav Shah picked up 22,000 shares, spending $381,480.

Stifel analyst Dae Gon Ha isn’t worried by the low share price either. In fact, he sees it as an opportunity. In his view, the catalysts ahead are the key point, especially on the Danon disease track.

“As one of our Top Picks, we expected RP-A501 (Danon disease) update as the cornerstone of our thesis… Discussions with management provide additional reasons to like the setup in 2022 as LV programs mature and inch towards regulatory filing stage(s) backed by robust clinical data… As for Danon, pending regulatory discussions, we think an earlier commercialization cannot be ruled out (we estimate 2026E/2027E, US/EU) with 3Q22 update providing an important data point along the way. In all, we think there is a dislocation between RCKT’s inherent value (vs. market value today); continued progress across current pipeline could generate excitement,” Ha opined.

To this end, Ha rates RCKT stock a Buy, and his $63 price target suggests it has room for an impressive 231% upside in the coming year. (To watch Dae’s track record, click here)

Overall, this stock has 6 analyst reviews on record – and they are all positive, making the analyst consensus a unanimous Strong Buy. The shares are priced at $19.03, and their average target of $66.67 implies an upside potential of 250%. (See RCKT stock analysis on TipRanks)

For the second stock we’re looking at, we’ll shift our view to the construction industry. Azek is a manufacturer of outdoor living products, especially decking and exterior home siding products, made from 100% recycled materials. The company prides itself on both the sustainable nature of its products, and their ability to replace wood in home finishing. Azek has some 2,000 employees, boasts that it can recycle some 500 million pounds of waste and scrap every year, and saw net sales grow at a 17% CAGR from fiscal 2017 to fiscal 2021. In the company’s last full fiscal year, 2021, it saw $1.2 billion in net sales, up 315% year-over-year.

Early this month, Azek announced the results of its fiscal 1Q22, ending on December 31. The company showed a 22% year-over-year increase in sales, to $259 million, while EPS came in at 18 cents, up 20% yoy and beating the forecast for the seventh consecutive quarter. The company saw growth in both its residential and commercial segments, and finished the quarter with $66 million in cash assets.

However, concerns over interest rate, inflation, and demand have created volatility in the shares, which have fallen 27% in the last 6 weeks.

Azek has seen three informative insider buys in recent days, from a Board member, the CLO, and the CFO. Director Vernon Nagel made the smallest purchase, of 5,000 shares for $152K. Moving up a step, CLO Paul Kardish bought 9,100 shares for a price of $276K. And finally, the company CFO, Peter Clifford spent $393K on a purchase of 13,000 shares.

The company has attracted positive attention from JPMorgan, as well, where analyst Michael Rehaut writes: “From a fundamental perspective, we view the company favorably, led by its strong leadership position within the composite decking and rail industry, which in turn should continue to gain share from wood for years to come. Moreover, we believe AZEK’s valuation does not fully reflect the company’s fundamental prospects over the next 1-2 years as well as on a longer-term basis.”

These comments back up the analyst’s Overweight (i.e. Buy) rating, while his price target of $47 implies a one-year upside of 41%. (To watch Rehaut’s track record, click here)

Overall, Wall Street likes what it sees here – that is clear from the unanimous Strong Buy consensus rating, based on no fewer than 13 positive reviews. The stock’s average price target of $46.46 suggests it has room to run 39% above its current price of $33.39. (See AZEK stock analysis on TipRanks)

Disclaimer: The opinions expressed in this article are solely those of the featured analysts. The content is intended to be used for informational purposes only. It is very important to do your own analysis before making any investment.