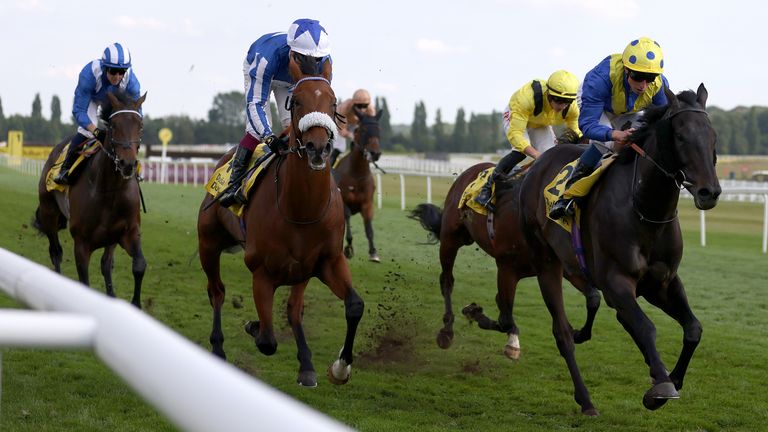 The final day of the Chester May Festival features the highlight of the three-day meeting, the Tote+ Chester Cup with over £77,000 going to the winner, won in 2021 by Falcon Eight and Frankie Dettori.

A field of 17 go to post for Friday’s headline race with Falcon Eight – ridden by Frankie Dettori – bidding to become the first horse since Anak Pekan in 2005 to win back-to-back Chester Cups.

The Dermot Weld-trained seven-year-old will bid to defy top weight under Dettori and is 5lb higher in the ratings for last year’s success.

Heading the opposition looks to be Hugo Palmer’s Solent Gateway, who will carry 19lb less than the defending champion under Ben Curtis.

Palmer – who has recently moved to Michael Owen’s Manor House Stables in Cheshire – enjoyed a winner with Ever Given on Wednesday and could strike again with the four-year-old course winner.

Cleveland is the ride of the in-form Ryan Moore and Aidan O’Brien combo, while 2019 Royal Ascot winner and last year’s second The Grand Visir also returns in the race.

Sir Michael Stoute chases a seventh Huxley Stakes with Group Three winner Solid Stone, who returns from an underwhelming run in the Neom Turf Cup on Saudi Cup night in Riyadh back in February.

His task has been made easier with the withdrawal of Al Aasy, who instead heads for Ascot on Saturday, so unexposed four-year-old Magellan could now be the main danger for Dettori and the John & Thady Gosden team.

King’s Lynn to strike for The Queen?

The Queen has an excellent chance to claim a winner on The Roodee in the Boodles Secret Garden Conditions Stakes for David Probert and Andrew Balding with King’s Lynn.

The five-year-old carries a penalty for a Listed success but has been drawn in stall one, which can often prove crucial in sprints around the tight Chester turns.

Watch every race from Chester, Ascot, Ripon and Wolverhampton live on Sky Sports Racing (Sky 415 | Virgin 535) on Friday May 6.