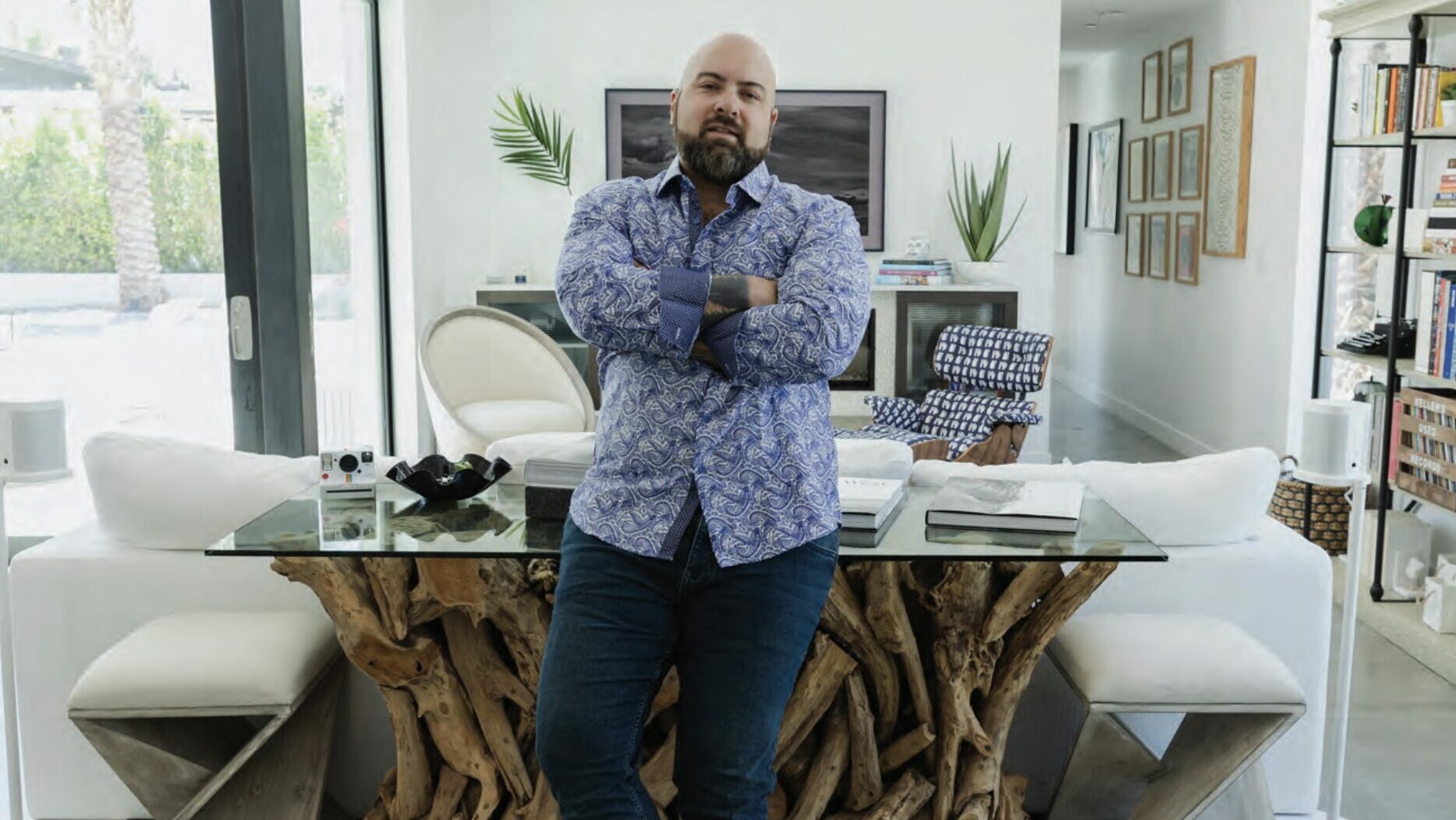 You’ve all heard the arguments. The UK remains the world’s third biggest music market, but its homegrown artists are finding it increasingly difficult to make it huge on the global stage.

That’s all because of streaming, and a superstar artist community getting ever-more international. Despite the likes of Harry Styles, Ed Sheeran and Adele topping worldwide charts of late, the numbers don’t lie: According to Billboard/Luminate stats analysed by the BPI, UK artists claimed just 7.6% of all streams in the US last year (by the top 3,000 artists in the market). Back in 2016, that number stood at 8.4%.

And don’t forget – last year was an ‘Adele’ year, with the trend-curbing megastar’s long-awaited album release, 30.

There are, though, some positive signs for British stars: UK artists claimed 12.1% of all global streams last year (of the top 1,000 artists worldwide), according to Billboard/ Luminate. That put the UK in a solid No.2 spot behind the US (with 59% of all streams) and comfortably ahead of Canada (5.4%).

Lucas Keller is founder of Milk & Honey, one of the USA’s biggest songwriter and producer management companies, which has also expanded into artist management, sports, Web3 and more in recent years.

It’s enjoyed a spate of successes with UK talent since, including involvement on No.1 albums and/ or Top 5 singles from the likes of Ed Sheeran (via David Hodges), Dua Lipa and George Ezra (via Stuart Price), Sam Fender (via Rich Costey), Celeste (via Jamie Hartman), Meduza/Dermot Kennedy (via Gez O’Connell), Billen Ted/The Wellerman, and James Arthur (via Andrew Jackson).

Globally, Milk & Honey’s clients have written and/or produced hits for superstars including Demi Lovato, Selena Gomez, Doja Cat, Ed Sheeran, Justin Bieber, the Jonas Brothers, Calvin Harris and The Chainsmokers, amongst many others.

Here, Lucas Keller explains why he’s doubling investment in his UK business in 2022, and why he has an unshakeable belief in the continued global power of British creatives. Take it away, Lucas…

The last thing we wanted when we set up Milk & Honey in London two years ago was to have Ant Hippsley be told, ‘Oh, you’re that guy that runs that little office for that big L.A company.’

That didn’t work for me. It needed to be the case that our British business, with its UK bank account, was successful independent of our L.A business.

The road to achieving that has really opened my eyes to the uniqueness of British talent, and the amazing impact it continues to have around the world. Some people these days are down on the UK, especially UK A&R, because of the declining streaming market share of British artists globally.

And I get it: If I was a major record company Chairman, I would also be pondering what percentage of my global A&R budget the UK should be getting versus, for example, LatAm, South Korea, or Sub-Saharan Africa. UK executives might be sick of hearing the (rapidly-becoming) old adage that, these days, global hit songs and viral moments can come from anywhere.

But from Milk & Honey’s perspective, that’s just as true of the UK as it is anywhere else in the world. It’s not a threat to British talent – it’s an opportunity! Investing to create a transatlantic system to nurture and break that talent is now a crucially important strategy for my company.

History suggests it’s a sensible bet. Look at what’s weighing in the UK’s favor: An amazing pedigree and track record of British songwriter, producer and artist talent, decade after decade. From Milk & Honey’s perspective, where the runway for modern British talent falls down is when artists, songwriters and producers don’t get a fair opportunity to shine in the US – the world’s biggest music market by some distance.

“Global hits can come from anywhere. That’s not a threat to British artists – it’s an opportunity!”

In almost every case of us signing British songwriters, they want to know if we can provide them with resources and opportunities in Los Angeles or Nashville, because they recognize that, like it or… well, don’t like it, the US market has become the center of the global music streaming business in 2022. We make sure we provide that two-way street.

And guess what? Once that channel is opened up, British talent absolutely kills it. Opening our London office also afforded an amazing opportunity for our US talent: direct access into the British music market. Simply, our UK office has become air traffic control for American clients who want hits with British artists. When you zoom out and look at it properly, an inordinate number of the world’s best writers, and its most successful copyrights, are British.

Those songs don’t have to be as big as Dua Lipa’s Levitating (the most streamed song in the US last year). I’m talking about records that are evergreens, huge crossovers, that didn’t necessarily make a giant splash in the States when they were first released. New songs go up, then they come back down – but in the streaming age it’s where they flatten out for the long-tail that really matters.

The evidence shows that a bizarrely large proportion of the greatest, most timeless copyrights in the world, still being streamed millions of times a week, come from the UK. (Kate Bush, anyone?) Look at James Arthur’s Say You Won’t Let Go (2016), which was co-written by Milk & Honey friends and clients, Neil Ormandy and Steven Solomon.

That song peaked outside the Top 10 of the US charts, but it still makes a ton of money, and is a genuine crossover, because it was built to last. Allow me one more plug: Jamie Hartman. Here’s a British guy who upped sticks to Nashville to hone his craft and further become one of the most successful songwriters in the world, before moving back to Los Angeles and London.

He’s been behind an insane volume of international hits these past few years, for everyone from Celeste (A Little Love, Stop This Flame) to Lewis Capaldi (Hold Me While You Wait), Calvin Harris & Rag N Bone Man (Giant) and countless others. He deservedly won Songwriter Of The Year at the Ivor Novellos in 2021.

These artists all want to work with Jamie because they know he’s going to bring an immense amount of talent and know-how to their work – but he’ll also bring a different perspective, and a different cultural background, from the American writers they might have picked otherwise.

I don’t want to make trite suggestions that writing enduring hit songs is ‘in the blood’ of British writers. I don’t believe that.

But I do agree that mainstream British culture is tuned in to (and reverential of) music – from a genuinely diverse set of musicians – to an uncommon degree. And that appreciation of music in all its forms is being pumped into Brits’ eyes and ears from an early age. It shows. So, Milk & Honey’s British office is doing great, it’s nicely profitable, and we’re working with some ludicrously talented people.

We’re making sure those people then get in front of the right people in L.A and Nashville. Plus, we’re making sure that US writers – David Hodges being a perfect example – can travel and work in the other direction, and get proper service from us in London, because the UK industry is an important place for clients to craft global hits.

“More UK artists with the level of success of Adele and Ed Sheeran will come soon enough.”

For the same reason that so many of our writers have chosen to spend time in Nashville (working with Milk & Honey South) to tap into the local culture and songwriting community, many of our clients want to experience a similar energy by spending time in London. This article came about because Tim at Music Business Worldwide keeps telling me British execs are concerned about the numbers; that the market share of global streams from British artists has been dwindling of late versus the ‘glory years’ of British music.

I’m here to tell you, that’s just not the pattern I see in our world. British songwriters and producers in particular keep laying down hit after hit, in multiple markets, and we’re hugely appreciative to work with them. We’re doubling investment in the UK because we want to work with even more of them.

As a management company, when you service brilliant British talent properly, when you make the calls – and call in the favors – in L.A and other US markets to get UK writers and producers their shot, more often than not you find success. One of the big issues for songwriters today is the quantity of employees at the major music publishers, and their expectations of their point person there. It’s not just a bandwidth issue; based on how the money flows, a pubco’s L.A office is often not incentivised to help out UK-signed writers, and vice-versa.

As a company with 30 employees globally, we believe we are the largest staff-per-writer producer management company, but we are also nimble enough to deliver on what we promise. Additionally, the revenue on a hit that comes from anywhere for Milk & Honey matters. And it matters for the whole company, not just one local office. As for UK artists going global? Be patient. It seems obvious to me that there will be more artists with the level of worldwide success of Adele, Sam Smith and Ed Sheeran coming soon enough.

The UK has brilliantly exported great artists like this decade after decade. (I’m not distracted by the glut of dance hits and electronic music focus coming from the UK right now – because we love those artists and records too! I told you: ‘Hits come from anywhere’ in 2022!) It seems inevitable to me that British artists will be a huge part of the streaming superstar story in the years ahead.

We want to be a lynchpin in telling British songwriters’ stories and putting them on the global stage.

The UK industry might have lost a bit of confidence in the past few years. But I’ll guarantee you this: its brightest talent has never lost the ability to create a global smash.

This article originally appeared in the latest (Q2/Q3 2022) issue of MBW’s premium quarterly publication, Music Business UK, which is out now.

MBUK is available via an annual subscription through here.

All physical subscribers will receive a complimentary digital edition with each issue.Music Business Worldwide